Why Travel to Jacksonville for Vacation 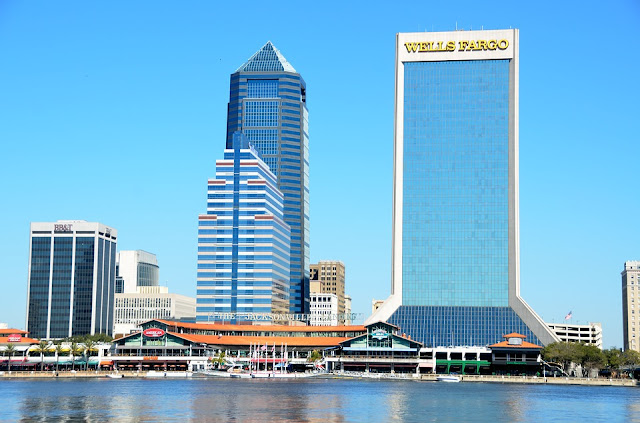 Looking for a honeymoon destination or great warm vacation spot? Dubbed the “River City by the Sea,”
Jacksonville, Florida sits at the intersection of the St. John’s River and Atlantic Ocean. In terms of landmass,
Jacksonville is the largest metropolitan area in the continental United States - with over 80,000 acres,
400 city parks, seven state parks and two national parks. Fortunately, the city’s urban landscape does
not overshadow the natural beauty of its beaches, waterways and recreational areas. Even though Jacksonville
is currently undergoing an economic boom, its cost of living is still well below the national average.
Consequently, Jacksonville has quickly become an affordable yet luxurious destination for those looking to get away.

With more than 20 miles of coastline, Jacksonville is a dreamland for any water sports enthusiast.

Its various uncrowded beaches, waterways, lakes and marshes support activities from surfing to fishing
to kayaking. During the summer, the gentle waters are great for hosting surf lessons, while the larger swells
in the fall and spring attract several open amauter surfing contests - namely, The Wave Masters every May.
In addition to its pristine beaches, Jacksonville has 1,100 miles of interior shoreline that not only supply anglers
with a variety of fishing options (e.g. freshwater, saltwater, deep sea, fly fishing), but also allow convenient water
access for kayakers and paddleboarders. According to the locals, the best view of Jacksonville is from the water.
Due to its geographic location and diverse makeup of residents, Jacksonville is beginning to develop

its own unique sense of cuisine. Its restaurants do a proper job in paying respect to their Southern
heritage as well as utilizing its coastline; primarily, catering barbeque, “soul food,” and coastal cuisine. With fish
camps, gastro-pubs and food trucks littered throughout the city, finding a good eat has never proven to be a hassle.
Although Jacksonville’s cultural identity is still evolving, the “camel rider” - a sandwich tucked into pita complemented
by a tabbouleh salad - and shrimp with grits are considered to be signature dishes of the city.

Making it safe and easy to hit all of these spots, companies such as Jax Brew Bus and Jax Ale Tour
offer transportation services between these locations and the beach. Today, Jacksonville’s craft brewery
scene is quickly gaining momentum and recognition - which should come as good news for anyone looking
to quench their thirst after a long day under the Floridian sun.

Jacksonville, Florida is best to visit from March to May or September to November. Avoiding the summer months
will allow you to escape the heat as well as the height of tourism which often comes with higher prices.
In short, the city is a one stop shop. From breathtaking views by the water to satisfying eats around every corner.
For some, weekend getaways are not enough as pleasant weather and positive vibes keep bringing them back.
With approximately 500 neighborhoods, homes for sale in Jacksonville, FL are easy to come by if you are
looking to stay for the long-term.