May Couple of the Month ~ Rebecca + Richard, The Jam Handy 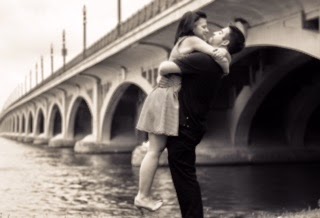 Rebecca is getting married on July 11th, 2015 at the Jam Handy building in Detroit, Michigan!
Rebecca met Richard at work, in the summer of 2013. They were both store managers for an aftermarket auto parts supplier. Rebecca had just been promoted and Richard transferred to the store nearest to hers. One Sunday, Rebecca went in to pick up parts for a customer and that is when they met. About a week later, she asked him to schedule some of his employees at her store, and asked her to lunch. They went to lunch that day, and like they say, the rest is history. They have been inseparable since. 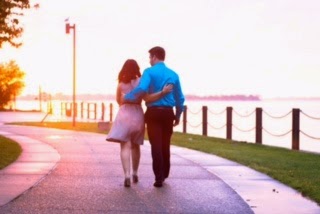 A little less than a year later, on May 28th, 2014 Richard proposed. It was important to Rebecca that they keep that moment intimate and personal. They were at home in their favorite place, the kitchen, when Richard asked her to marry him. She knew he was the one, but when she saw her ring, a 3mm Tiffany milgrain Platinum band sans a diamond, she knew without a doubt that he knew the song her heart sang. 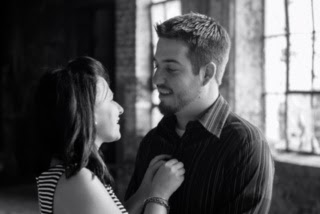 Her wedding has turned into a vintage, Detroit theme. Both Rebecca and Richard love to travel and are always on the go, but of all of the places they've been, Detroit is their favorite. They are getting married at the Jam Handy building on East Grand Boulevard in Detroit. Rebecca's four nieces will be her brides maids and Richard's two brothers, their best friend, and Rebecca's nephew will be their groomsmen. Rebecca didn't want things to be too ridged, so she just had her girls pick out neutral color dresses that they were comfortable in. Rebecca has tried to stick to neutrals throughout and has stuck to the local theme of Detroit. Her table's are named after streets in Detroit, instead of numbers, and they will be serving Faygo pop.

Congratulations Rebecca & Richard! YTB is thrilled to be a part of your special day and we are looking forward to making your wedding dreams a reality!