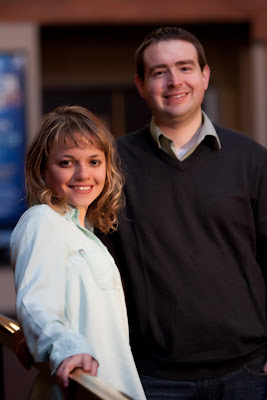 On September 14, 2013 the You're The Bride team will be helping to coordinate the beautiful wedding of Tania and Daniel. Heres the story from the bride on how the couple met, fell in love and got engaged:

"My name is Tania D’Agostino and I work as a pre-school teacher in Livonia for children ages 3-4 years old, I love what I do. In 2007 I was working at the Redford Grill restaurant where I met my fiancé Dan. Dan’s friend Robbie brought him up there to eat one evening because Robbie’s Aunt was an owner of the restaurant and Robbie also worked there. Dan didn’t say anything to me that night, but after he left he asked Robbie about me because he thought that I was very pretty. Robbie told Dan that he hadn’t thought about it before, but that we would be perfect for each other. Robbie’s Aunt told me that Dan was a really nice guy who had been in the army. Robbie gave me Dan’s phone number and I texted him a couple days later and he called me. We began to talk constantly after that and soon we went on some dates. At midnight New Year’s Day 2008 Dan asked me to be his girlfriend as we rang in the New Year and I said yes.
At the end of 2011, Dan and I were on the internet one evening looking for something to do on New Year’s Eve and we decided to see what the different prices were for hotels around New York during that time; he suggested that we go to New York to watch the ball drop in Times Square since he had some time off of work. I thought it would be a fun new experience and it would be nice to spend the time together, so we went. 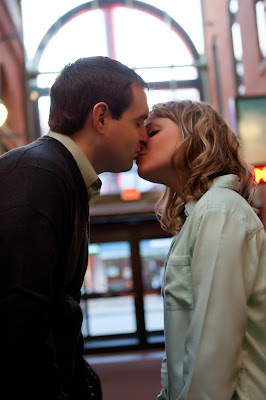 On New Year’s Eve, Dan and I found a good place to watch the ball drop. We had to stand in the same cramped area for around 10 hours, which wasn’t as much fun as it looks on television every year; but that year the weather was great and I was with my handsome man, so we were comfortable and happy together. The slight discomfort of standing around for all that time became worth it as the ball came down and everyone shouted and cheered, it was an amazing moment. After the confetti dropped we headed out of our confined area toward the sidewalk. We had to climb over a metal barrier to get to the sidewalk; Dan jumped right over and I struggled to get over, but someone else helped me. I was a little frustrated at him for not helping me over the barrier, but I didn’t realize that while I was struggling he had handed his camera over to a police officer. When I came over to Dan I reached into his pocket to grab my cellphone which he had been carrying for me, but I also grabbed something else out of his pocket that I didn’t recognize. Dan must have been too excited to notice this because after I pulled out the two items he backed up and reached into the pocket I had just explored. He didn’t seem to find what he was looking for. In his nervous and excited state he couldn’t hear me asking what the item was that I had pulled out of his pocket. He frantically began searching every pocket and he looked all around him in a panic. He stopped for a second and the police officer holding his camera said “Maybe you should look at what is in her hand.” Dan was finally relieved as he took the box and got down on one knee. He said to me “Babe, I love you so much, will you marry me?” He opened up the box and there was a beautiful ring waiting to be put on. My answer was a definite yes! I was so surprised and speechless. I feel so happy and blessed to be the one to marry him. I called my family that night and everyone was so happy!"

The happy couple are getting married on September 14th at the Calvary Missionary Church in Livonia in front of 200 guests. Tania has four bridesmaids and Dan has four groomsmen. The reception will be held at the Italian American Center in Livonia, MI.

Congratulations on your engagement and we wish them many happy memories!

Email ThisBlogThis!Share to TwitterShare to FacebookShare to Pinterest
Labels: bride of the month, Detroit wedding Planner, September Wedding, You're The Bride