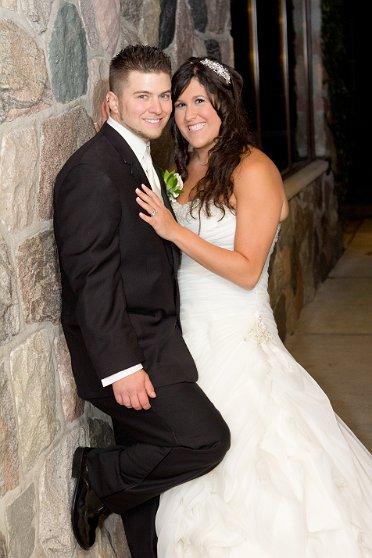 Mazel tov! What a great wedding it was! On October 13, 2012, Brooke Weisman and Nick Atkins were wed at the Edgewood Country Club. While they were hoping for a beautiful outdoor ceremony the weather had other plans. The wonderful staff of Edgewood prepared a tented area for the ceremony and it was a full house with a guest number of 186 in attendance. 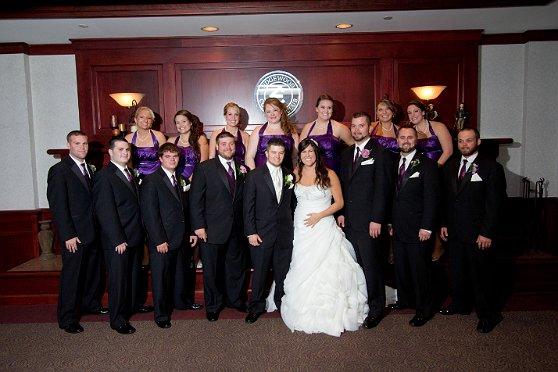 With everything Brooke and her family had in mind for the wedding they knew they were going to need a Wedding Coordinator, and of course they called You’re The Bride! There was a lot to do once the day arrived, correcting table settings, flower delivery, dress corrections and alterations (with our handy safety pins!), cake arrival times, candy buffet, flow and timing of ceremony and reception, and teardown at the end of the night! It was a long but extremely fun day! 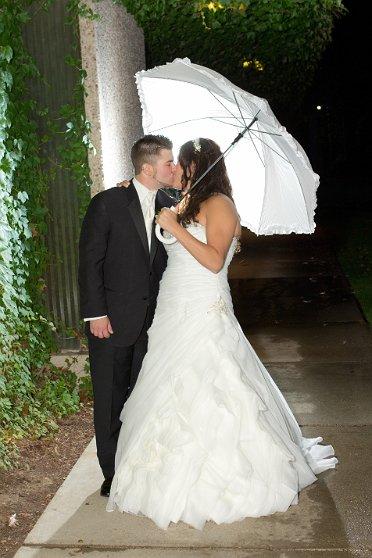 Brooke chose to do a lot of DIY which helped their budget and added a lot of personal touches. Her colors were purple and white. With a bridal party of 16 and a lively and bubbly attitude she was ready to become Nick’s wife. 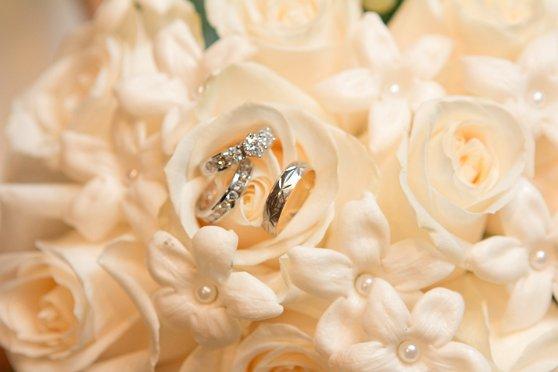 They had a semi-traditional Jewish ceremony that included the breaking of the glass and sharing of the wine. They were married by Reverend Phillip Rodgers. Brooke looked fabulous in her beaded a-line gown and carried a beautiful bouquet of flowers delivered by Spars Florist.  Nick looked so happy as she walked down the aisle towards him. With their vows said and the glass broken, Brooke and Nick were ready for the party! 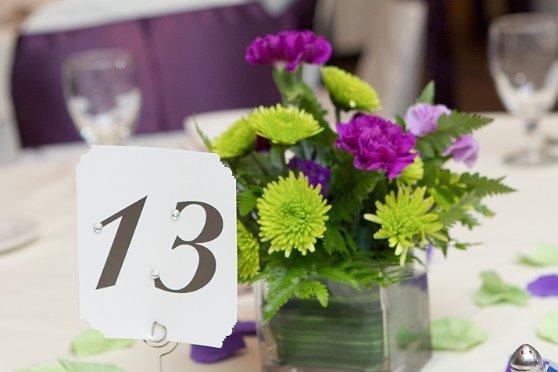 They had cocktail hour with beverages and food provided by Edgewood, while the bridal party took their pictures, taken by Brian Masserman Photography. Then it was time for the cutting of the cake, baked by Buttercream Bakery, toasts, and dinner. They had a lovely buffet of food also catered by Edgewood Country Club.
Then came their first dance to You Had Me From Hello, and the tears were flowing not just from the guests but from the staff as well! Then the couple had the DJ announce that the entire bridal party join them, after a few seconds he then announced that everyone on the dance floor go and invite a second person to join them and so on. Soon the dance floor was packed and the guests were having a great time dancing to the music supplied by Pro DJ Services.
Towards the end of the evening the guests helped themselves to cupcakes and a marvelous candy bar to satisfy their sweet tooth. They also enjoyed themselves while taking pictures in the photobooth (DJ Crashers)! The dancing continued throughout the night and included the ever famous and sometimes scary Horah. Brooke and Nick held on tight while the men raised and lowered them wishing them a long and happy marriage. 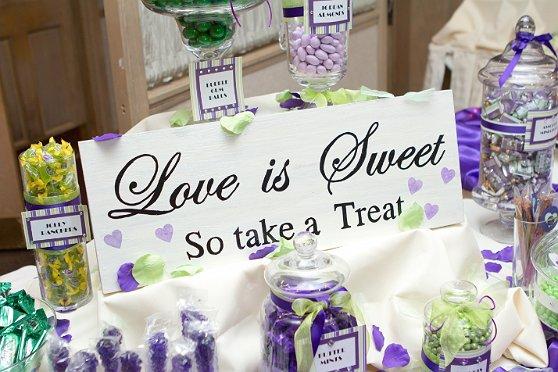 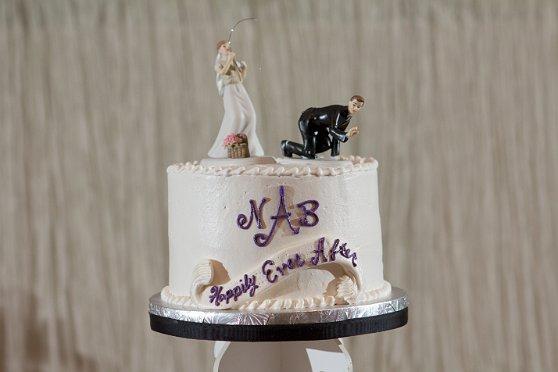 We were so privileged to have been a part of Brooke and Nick's special day and wish them a life full of happiness and love all the days of their life!

For more information on planning your perfect wedding contact Tracie at 248- 408-4602 or tracie@yourethebride.com.