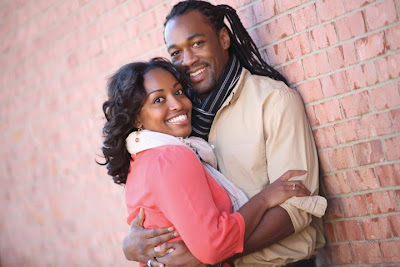 December’s featured Bride of the Month is Melissa and her fiancé Chris!

They met at a statewide social worker training in March of 2011.  She had just started in her new position with the state of MI, however, he had been in his position for two years.  He hadn't went to the training yet, but was scheduled to go twice previously but he ended up having scheduling conflicts and didn't attend.  Luckily, he made it to the same training she was at, and out of 200 people, there were 8 men, and one was Chris.  He didn't attend the first day, so by the second day she thought she had saw all of the men in the training, until he walked in 20 minutes late the second day.  When she saw him walk in, she immediately said to herself "I'm going to marry him."  She said, “I guess it's true when they say "when you know, you know."  They started talking and immediately hit it off. They started going to lunch together daily and dinner after the training for the next 3 months. After that they were destined to be together.

Currently, Melissa is a licensing specialist for the Macomb County Department of Human Services.  Chris no longer works in the child welfare field, but he does teach martial arts (he's certified) and he is working as a fitness associate at the LA Fitness.

Melissa and Chris have an unusual engagement story as it actually happened twice! The initial engagement was in 2011 in her apartment, and it was more of a declaration of his love and he lit candles, they had wine and he told her about his love and devotion for her.  He thought it was a proposal, but she didn't, there was no ring and he hadn’t asked her mother first.

The second and more official form of the engagement came in September 2012. He went to her mother's house and asked her if he could marry me, and also the permission from her brother.  They both gave their blessing and said they couldn't have chosen a more perfect man for Melissa to marry. He planned it on a chilly Saturday night. He was on the phone talking loudly so Melissa went into her bedroom and began to read a book, he entered a few minutes later retrieved something from the dresser and left shutting the door behind him. She took no notice and thought he was just being respectful as he talks loud while he is on the phone. She needed to use the restroom 15 minutes later and as she emerged from the bedroom he runs up to her and asked her what she was doing out of the bedroom? She of course told him, and he said after your done go back in their and don't come out until I call for you. She knew what was going on now. With a smile she gladly went back in the bedroom, however she didn't expect him to take so long! Just two hours later, after she had almost fallen asleep, he called for her and she walked into the living room where he had he had candles lit everywhere, music playing and he had the ring in the box on a candle plate surrounded by candles.  He sat me down and gave her his romantic speech and placed the ring on her finger.

They plan on getting married in his father's church, Faith Redemption Center in Detroit Michigan, May 11, 2013.  The reception will be at Joy Manor in Westland, MI. With a wedding party of 10, Melissa will be escorted down the aisle by her brother come the big day. Their color scheme will reflect a lilac purple and passion purple to go along with their lighthearted spring wedding.  We are looking forward to coordinating their special day! 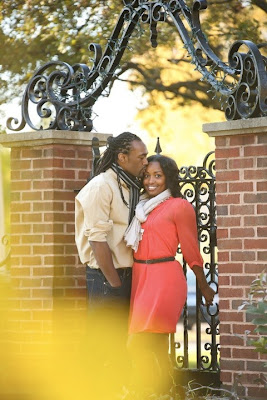 Congratulations on a wonderful engagement!

For more information on planning your perfect wedding contact tracie@yourethebride.com, or visit our website www.yourethebride.com!
Posted by Brittany at 12/20/2012 08:58:00 PM

Email ThisBlogThis!Share to TwitterShare to FacebookShare to Pinterest
Labels: bride of the month, december, Detroit, Joy Manor weddings, Spring, Wedding, You're The Bride