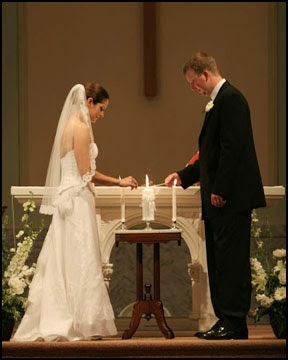 The lighting of the unity candle is an old tradition that has become very popular at wedding ceremonies. You can use many types of candles such as a simple taper candle, a white or ivory pillar, or a fancy decorated candle. Most couples save these candles and they become an "anniversary candle" which they relight each year on their anniversary. 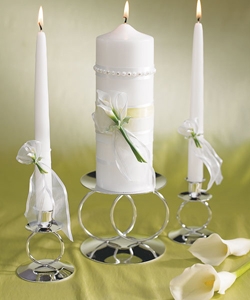